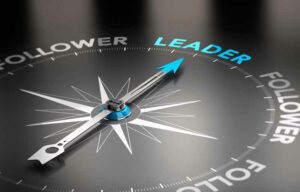 There are leaders. And then, there are cult leaders. Some of us I am sure are still wondering – what will happen to Apple after Steve Jobs? Will they still be able to turn out paradigm shifting products? Can they sustain their success even after the departure of visionary leader?

May be on a smaller scale, this may have happened to you as a leader too. What will happen to the team when you are reassigned, or leave the organization? The question is not whether you have built a successful team – the question is, will that team remain high-performing even after you are no longer in charge?

I am sure that as a leader, you have led highly motivated teams that consistently delivered excellent business results. But what happened to those teams after you were no longer leading them? The odds are that most of those teams disintegrated.

So far, I am proud to have built three teams in my career that consistently performed above expectations, were highly motivated and had close to 0% attrition. But two of those teams broke up after I left the respective organizations. While there was some perverse pleasure in knowing that I was the key driver of the team’s success, now I consider that a failure.

I am still working with the third team and my focus, now, is to build a sustainably successful team. So far, it seems to be working since people within the team have grown and are handling teams I used to handle before. May be it’s a lucky streak, but these teams are still thriving. Or may be, what I have tried to do differently is working? While the jury is still out on this, I’d just jot down my new approach to building a sustainably successful team:

I think its way more important to lead a culture than to lead a cult. Cults go out of style very fast – culture becomes an integral part of every individual who’s been a part of it. So if your boss thinks your absence will break your team, while it may feel like a compliment – it’s a warning sign.